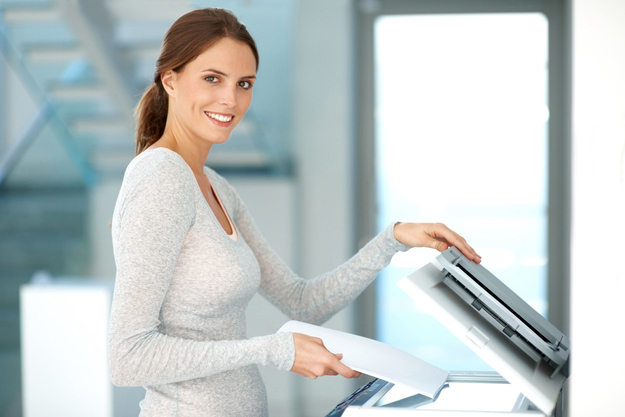 If lately your network scanner you have in your office or at home does not communicate with your PC anymore, read this article.

Recently it happened to me that some PCs of the company could no longer receive scans made with network scanners. This problem made me trouble more than a couple of days, but in the end I discovered the cause of everything. First of all, let’s explain what we mean by network scanners. They are all those peripherals (scanners, multifunction printers) able to digitize a paper document starting from a sort of “photo”, and turning it into a file. Now, usually this file is sent to a common network folder, or directly to a folder on a single user’s PC, all using a protocol called SMB (also called Samba in the case of Linux). Suddenly, after a certain update of Windows 10, the maccanism of sending the file from the scanner to the network folder in the PC no longer worked.

Microsoft from a certain update of Wondows 10 on has disabled SMB / CIFS version 1.0, making it impossible for some business scanners to use that protocol. So the solution was to reactivate that protocol. STEP 1 Go to Control Panel ->  Programs and Features 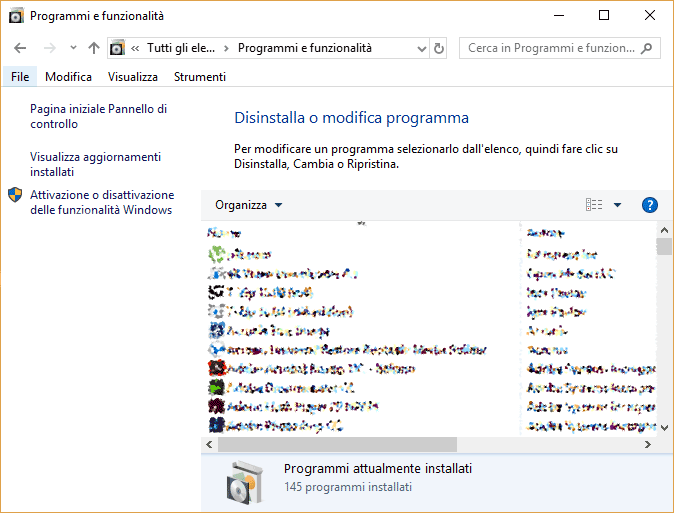 Click on the left on: Turn Windows Features on or off

Look in the list of features: “Client SMB 1.0/CIFS” and put the check to activate it 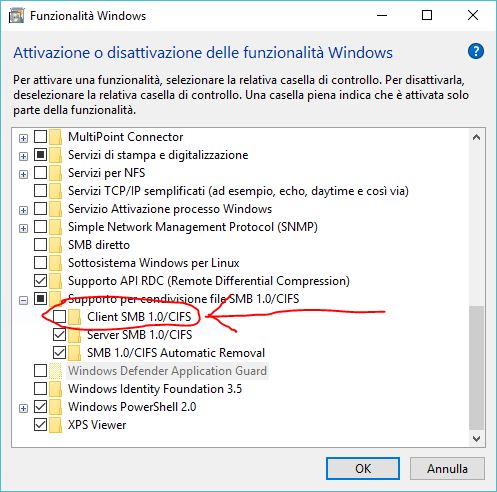